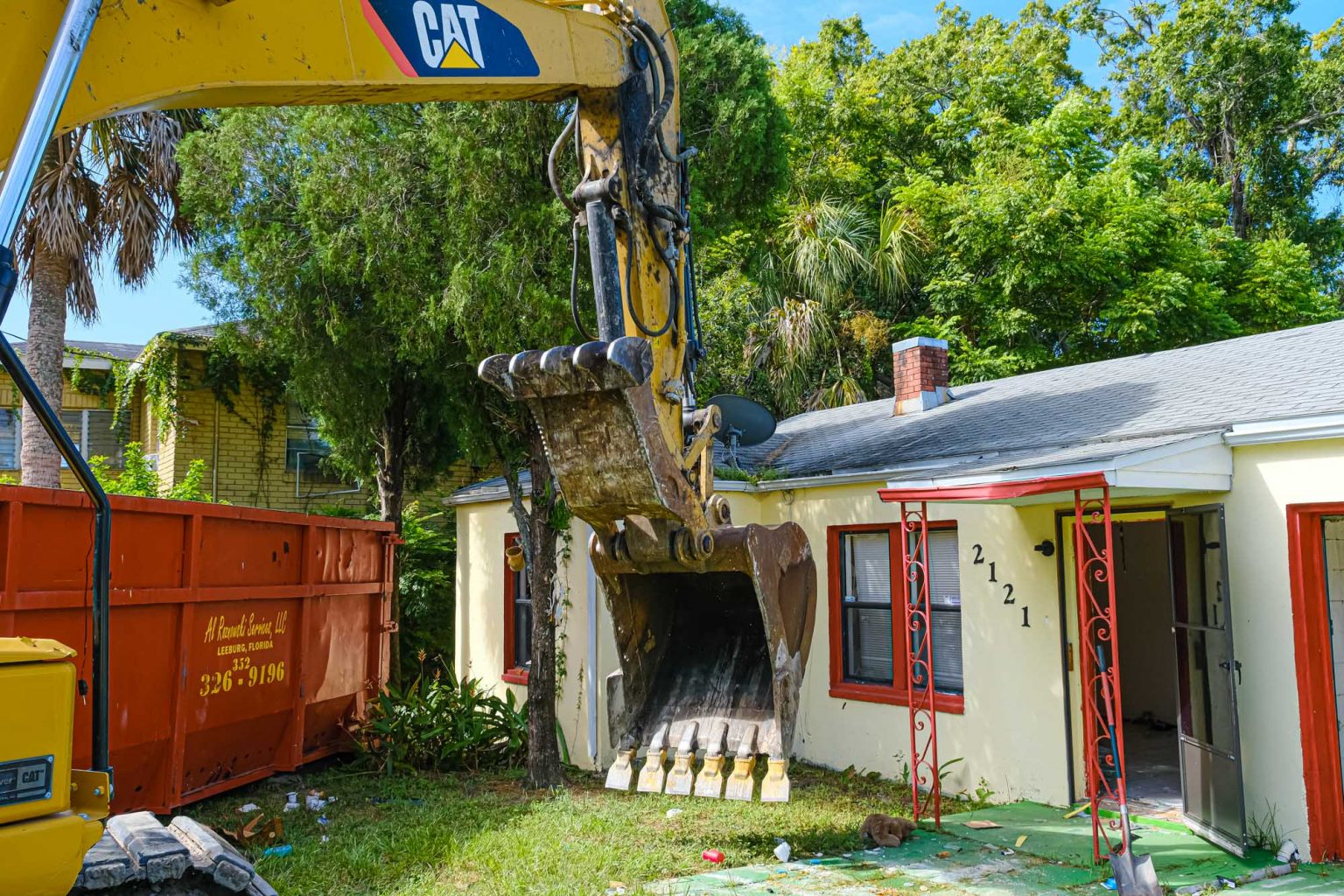 PrevPreviousImmokalee: The Joy of Demolishing a Small-Town McDonalds
NextSouth Tampa Partial Demo: How to Remove a Rotted-Out BalconyNext

This week, in central St. Petersburg, we demolished a small, old house that had been inhabited for many years by a sweet old woman. When she passed, her neighbors were surprised to learn that the house had been a rental all along. She did not own the property that she died in. We were more surprised by the quantity (and the quality) of items that still remained inside.

The Story of the St. Petersburg Demolition

After her passing, the owner reached out to us to demolish the house. It was small and old, a time capsule of an era long gone. The effort and cost to clean and renovate for the next renter was far too high. Instead, he chose to clean the slate and build anew.

Residents, neighbors, and friends gathered around to watch as the house passed from the earth, the same as its inhabitant. The neighborhood rarely sees such sudden and violent change as a house demolition; very few do. And while they missed her dearly, and were sad to see her gone, at least one expressed optimism. New construction and new beginnings would hopefully lead to a revitalization of the neighborhood, and a rise in their property value.

It is sometimes amazing what you find in houses that you demolish. A brief search on Reddit will reveal people showing off vinyl smut records, antique Pepsi cans, and more. Politeness and respect keep us from digging through the air vents and back corners of peoples’ closets in real life. But by the time the demolition crew shows, we assume that the former residents (or their loved ones) have taken what they want. We treat what’s left as garbage and scrap.

Most commonly, living residents carefully remove their lives and their things from a house before demolition begins. But in this case, the woman simply died and left her life and home behind her. Food sat untouched in the cabinet. The medicine cabinet remained fully stocked. DVDs sat next to the TV, queued up for a future viewing cut tragically short. It’s strange to see the physical imprint of someone’s life so clearly, only to wipe it away with a huge excavator.

If you find you need a demolition contractor in Central Florida, make sure to give us a call. Residential or commercial, big or small, interior or exterior – we are excited to work with you on your next project.

Precision Demolition: Cutting a Garage in Half

Pool Removal… And Then an Upgrade