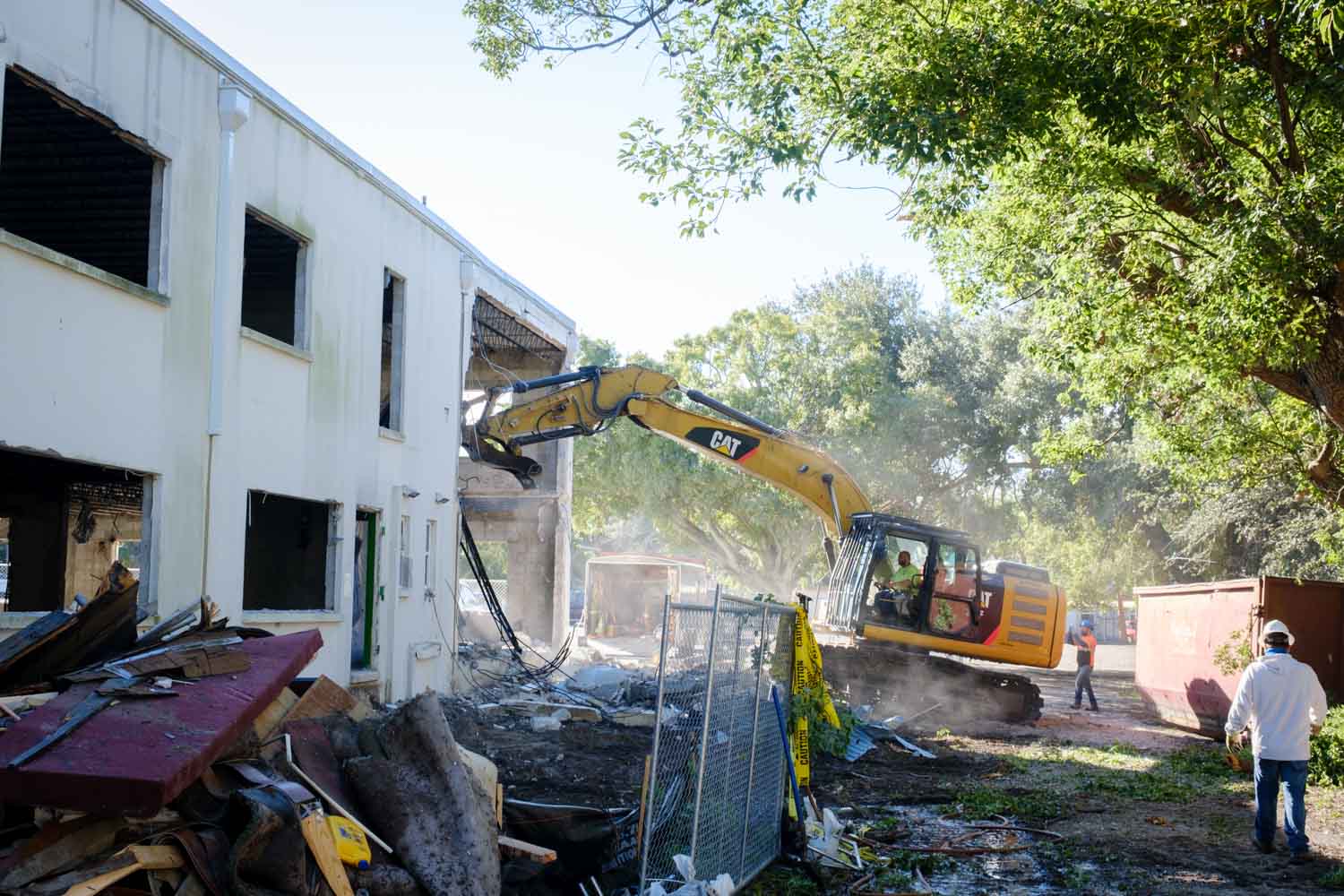 At the First Presbyterian Church of Dunedin, there has been a school in some form or another for more than 100 years. At first, around the turn of the century, the pastor used to run a small school out of the chapel. This venture was so successful that the congregation of the church chose to expand. They put their money together and built an expansion to the church – an entire new building on the campus that could be used to teach the coming generations. The project was completed in the mid-19050s, and their Preschool took advantage of the space almost immediately.

That Preschool ran continuously through 2020, when the repairs and upkeep on the once-new building became too burdensome for the church to maintain. Already, they had moved the children out of the second floor. Finally, it was time to remove the old building. Demolition was the only proper way forward.

Commercial Demolition to the Rescue!

AAA Service Company took on the project of removing the building and leveling the surrounding area. Our commercial demolition is second to none, and we brought our A game to this preschool demolition. Because we care about minimizing waste, we chose not to just show up and start smashing right out of the gate. Instead, we first drove two skid steers into the building, one on each floor. They spent a day peeling away all of the non-recyclable drywall, carpet, insulation, and assorted miscellaneous garbage and loading it into our roll-off dumpsters. Taking time saves time: by separating the debris early, our demolition crew was free to tear into the building with zero hesitation.

We recycle all our own concrete and metal, so we were excited to have a huge source of clean concrete that we could crush into road base, pipe bedding, and other kids of gravel. Handling our own waste like this helps us keep our prices affordable for our customers, so that churches like this can put more of their money back into helping the community.

Our excavator operator moved through the two-story building, section by section. He started each section by first removing the concrete that separated the two floors of the building, then peeling off the metal roof. He placed the metal in one roll-off dumpster or trailer, and then the concrete in another. Our fleet of dump truck drivers cycled in and out all week, removing and replacing each dumpster or trailer as it was filled. One by one, the walls came down. Soon, only a partial shell of the building remained, and very quickly not even that remained standing.

As this commercial demolition project came to a close, we took special care to smooth and clear the lot. Our demolition crew took the final afternoon on the job site to peel up the last of the sidewalks that remained, pluck out any remixing roots that could cause problems, and lay out grass seed on the lot. We left behind a smooth, bare lot that is ready for whatever the church decides to do next. Maybe they will put in a jungle gym. Maybe in a few years time, they will re-build a new pre-school. But by hiring AAA Service Company for their commercial demolition, they took their future into their own hands.

If you have a commercial or residential demolition project coming up, we hope that you’ll keep us in mind and reach out. We are fully licensed and insured, we cover the whole state of Florida, and we will happily send an estimator out to your location to get you the most accurate quote. Guaranteed! 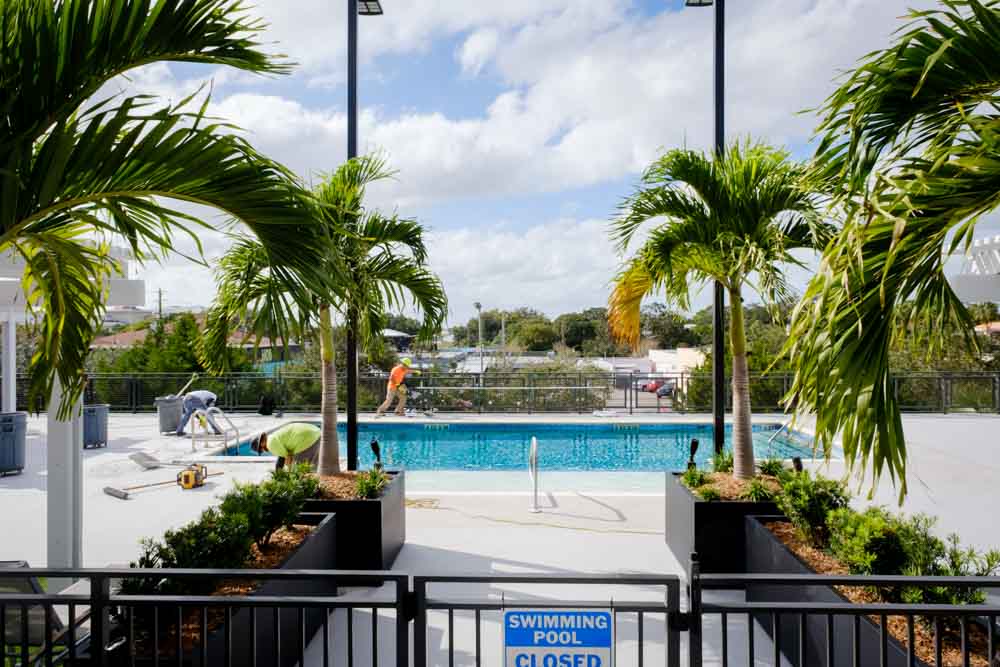 Demolishing JUST THE DECK of a Commercial Pool 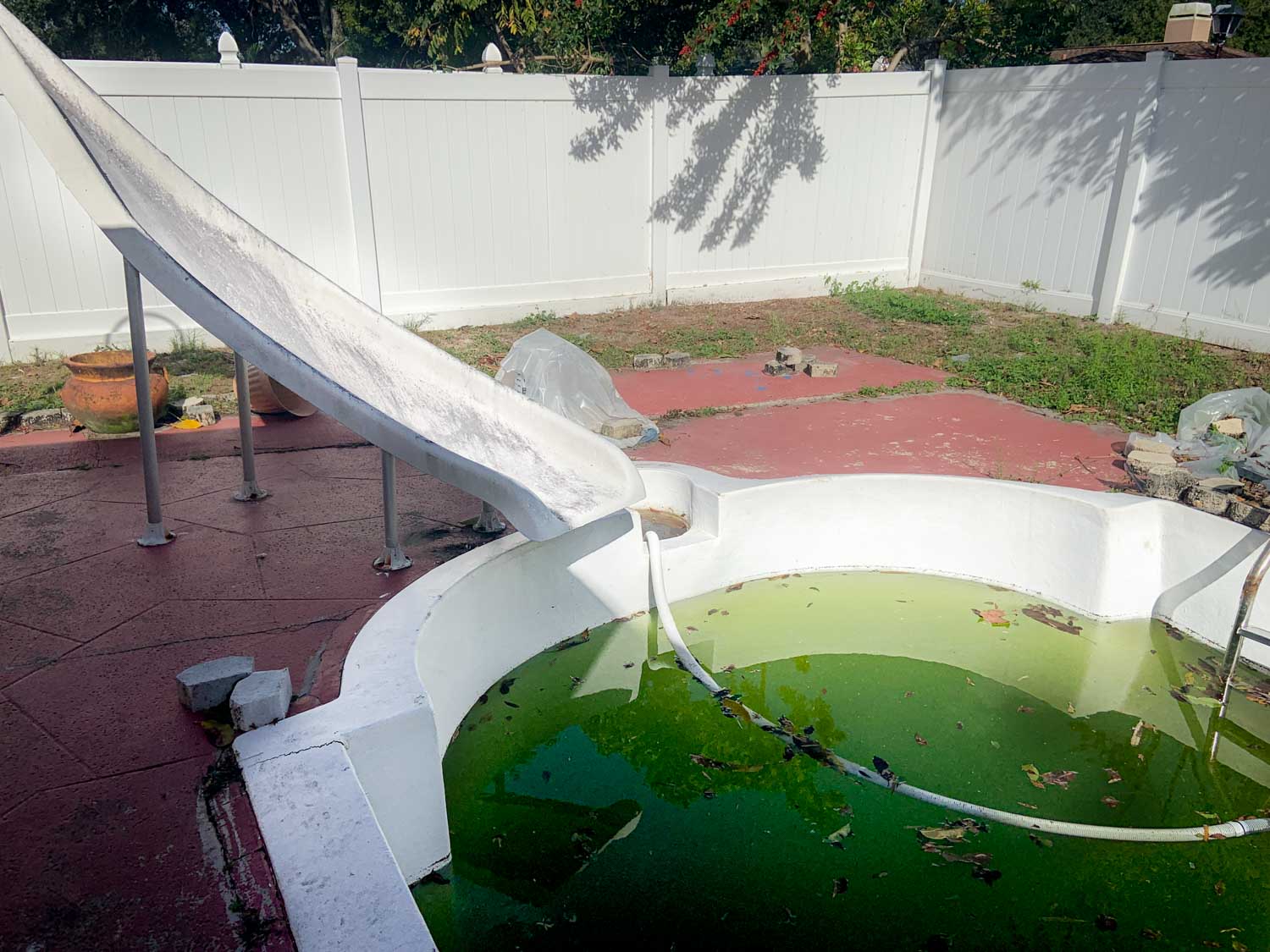