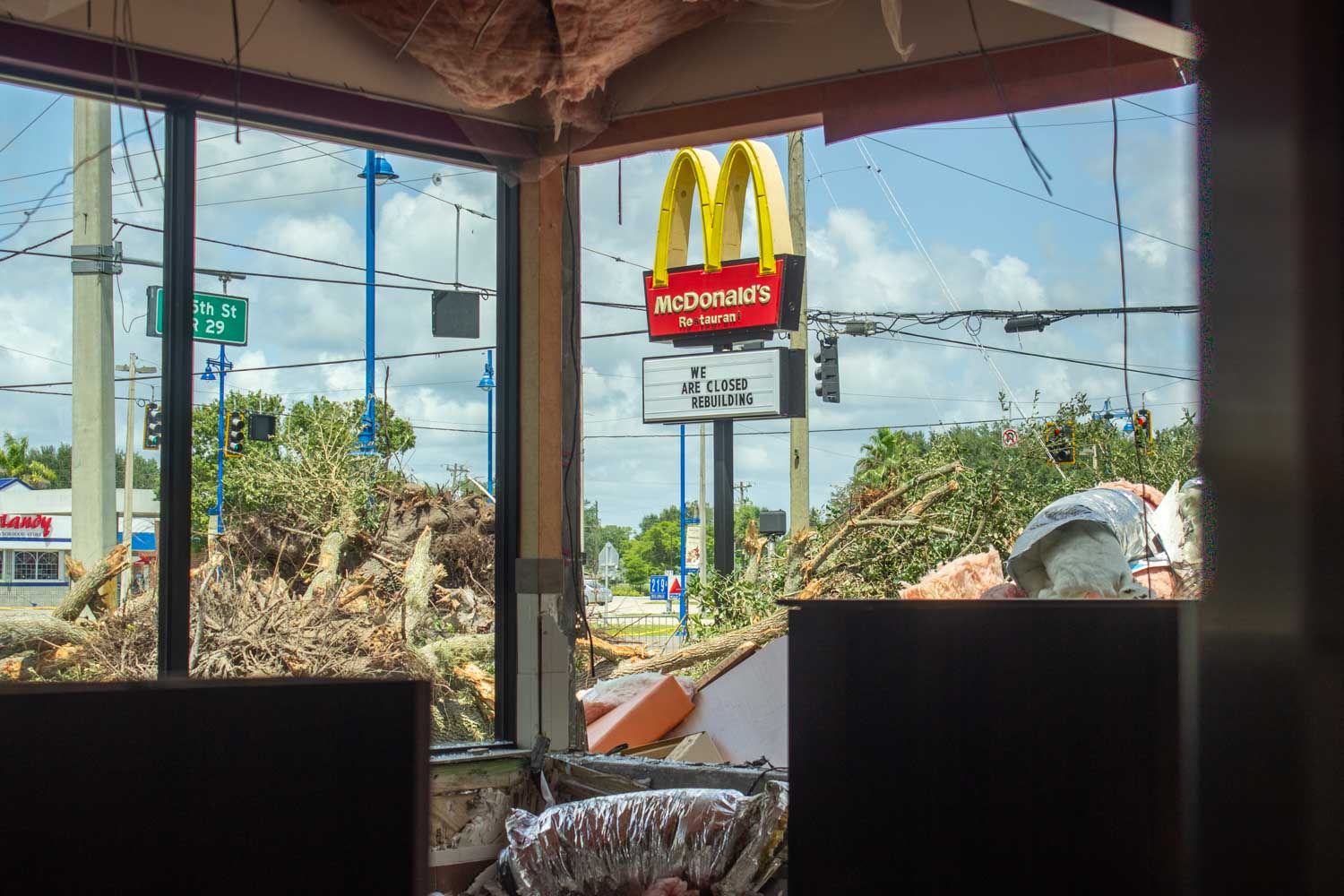 Immokalee: The Joy of Demolishing a Small-Town McDonalds

Immokalee is a small working-class town in Southern Florida, no more than a few intersections. It has only a few restaurants, and three fast food places in total: a McDonalds, a Wendys, and a Burger King. They have no Starbucks, no Chipotle, none of the other major alternative casual-dining chains. Just a Wendys, a Burger King, and a McDonalds. Oh, and a lot that says “KFC Coming Soon.” So there’s that.

You would think that a McDonalds out in the sticks would be quaint and ancient. You can imagine it as a time capsule, a restaurant planted long ago in a far-away land and left to its own ends. A McDonalds in Miami, Chicago, or New York would obviously get the latest and greatest coat of paint every year or two. But Immokalee? An unicorporated community in the far outer orbit of Ft. Meyers? Surely nobody would even remember it was there.

That’s where you would be wrong. Because, as it turns out, the Immokalee McDonalds is the best performer for miles and miles. Through great location placement and top-notch service, it has far outstripped the other two chains in its vicinity. But it also surpasses many other McDonalds in its region. Make no mistake, this little rural outfit is a champion. Knowing that, the complete demolition and rebuilding project starts to make more sense.

When our demolition crews first arrived in Immokalee, they got right down to business. These guys don’t mess around – within just a couple hours, they had stripped all of the fit and finish out of the interior. Benches, tables, and registers were the first to go. There’s little use doing it the pretty way, since the whole building is lined up for demolition. They simply took an angle grinder to the legs of the tables and chairs that couldn’t be easily removed. And it doesn’t exactly get prettier from there.

While the interior was stripped, the exterior prep moved along at full force. The parking lot, the drive through, and the tree line were all ripped up.

While the interior was stripped, the exterior prep moved along at full force. The parking lot, the drive through, and the tree line were all ripped up. A monstrous pile of timber gathered in one corner of the former parking lot; soon, even those traces of the trees were removed. This cleared the way for the coup de grace – the building itself.

The Meat of the Project

As it turns out, excavators make short work of buildings. Our operators ripped down the roof, one section at a time, pushing the mangled scrap metal and wood into a pile where diners once enjoyed their burgers and fries. For what was surely the first time in years, daylight penetrated the deepest corners of the deep walk-in freezer. But it was not to last – soon we reduced the freezer, too, to scrap and rubble. Only a few walls still remained to mark the place where a McDonald’s once stood. They stood alone for one night longer, but the next morning they met their fate, the same as their friends.

Construction has already begun on the new McDonald’s that Immokalee has earned. Some day, sooner than you might expect, it will be open for business once more. In the meantime, if you are renovating a McDonalds (or any other building), make sure to reach out to us and get a free quote. You won’t be disappointed! 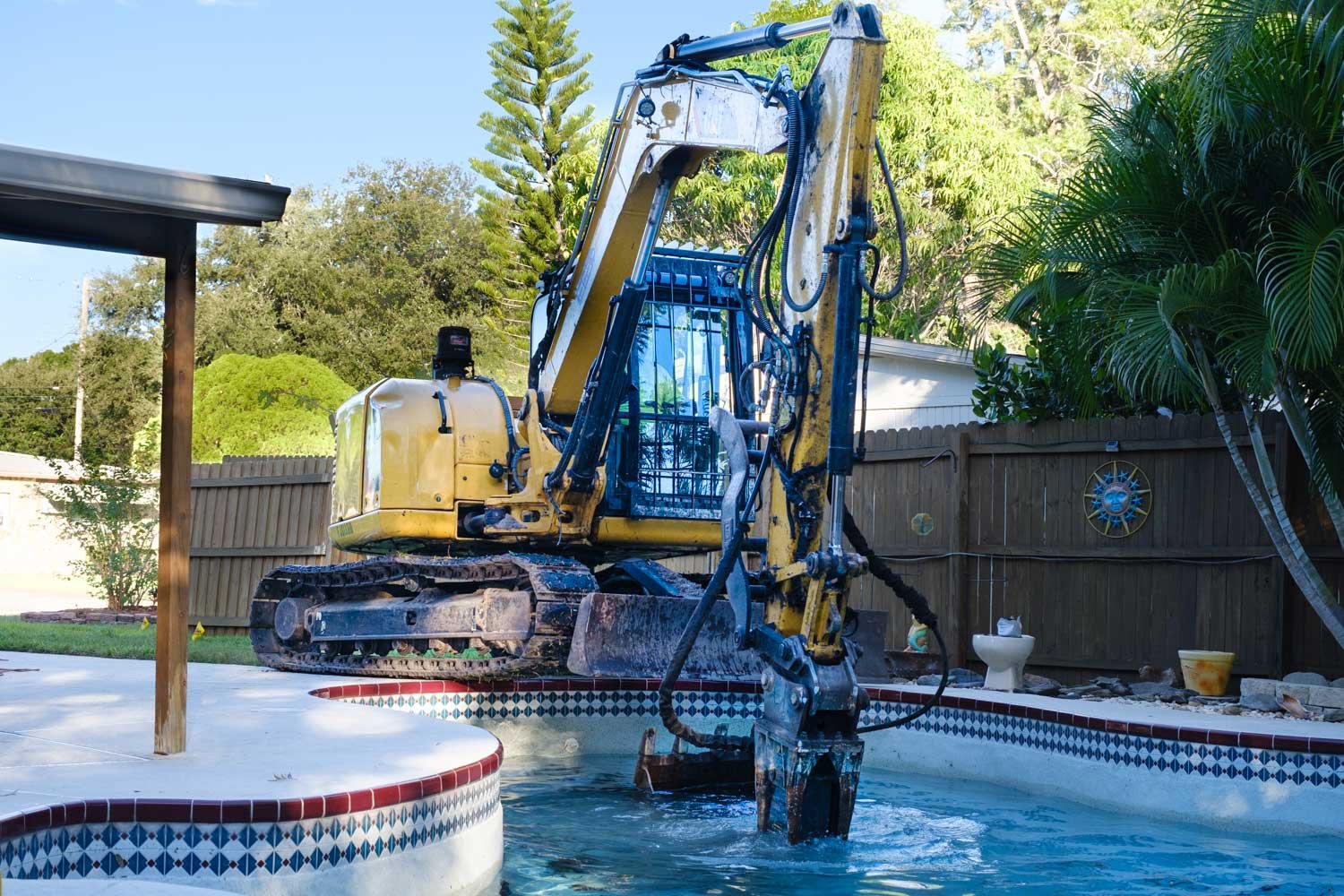 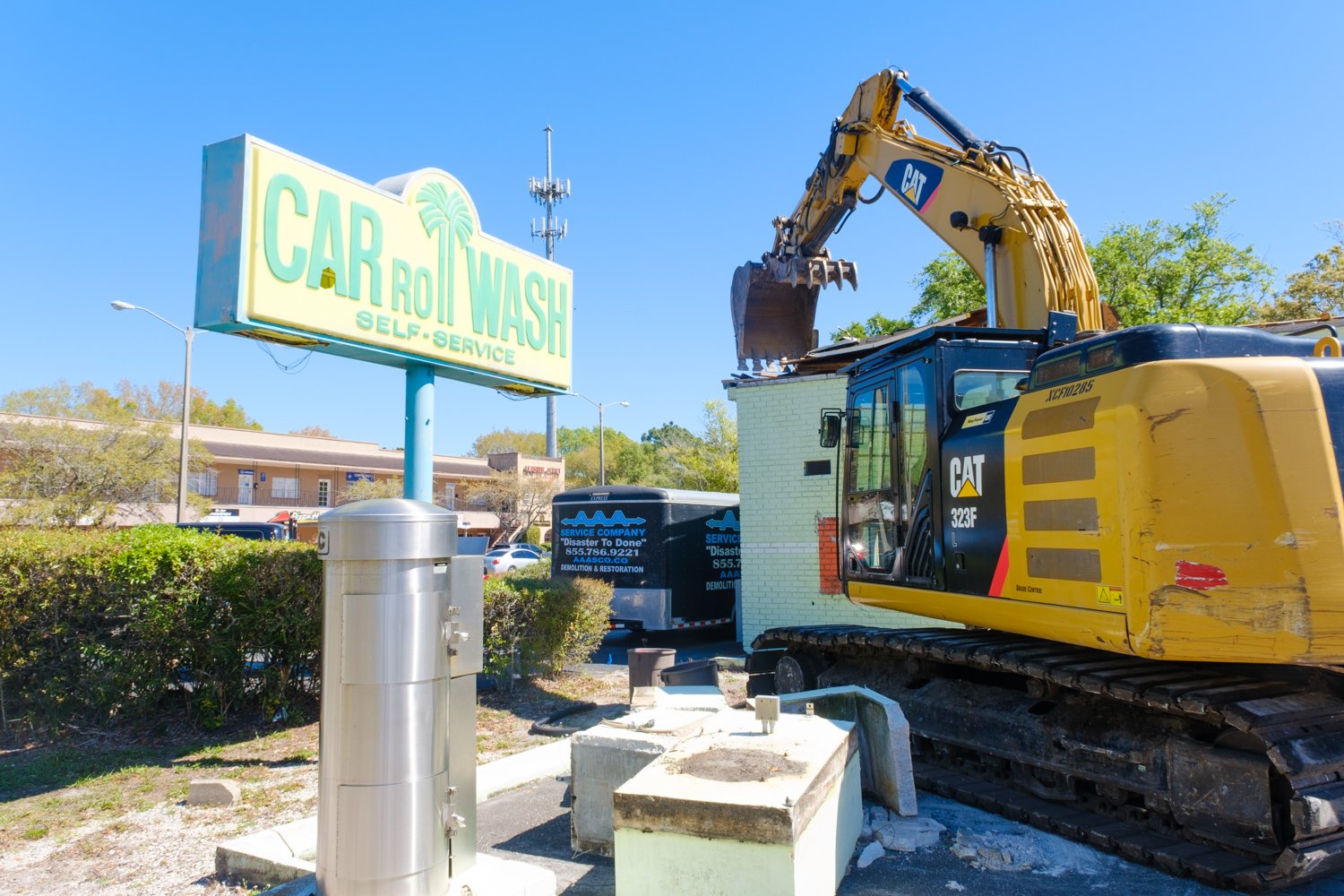 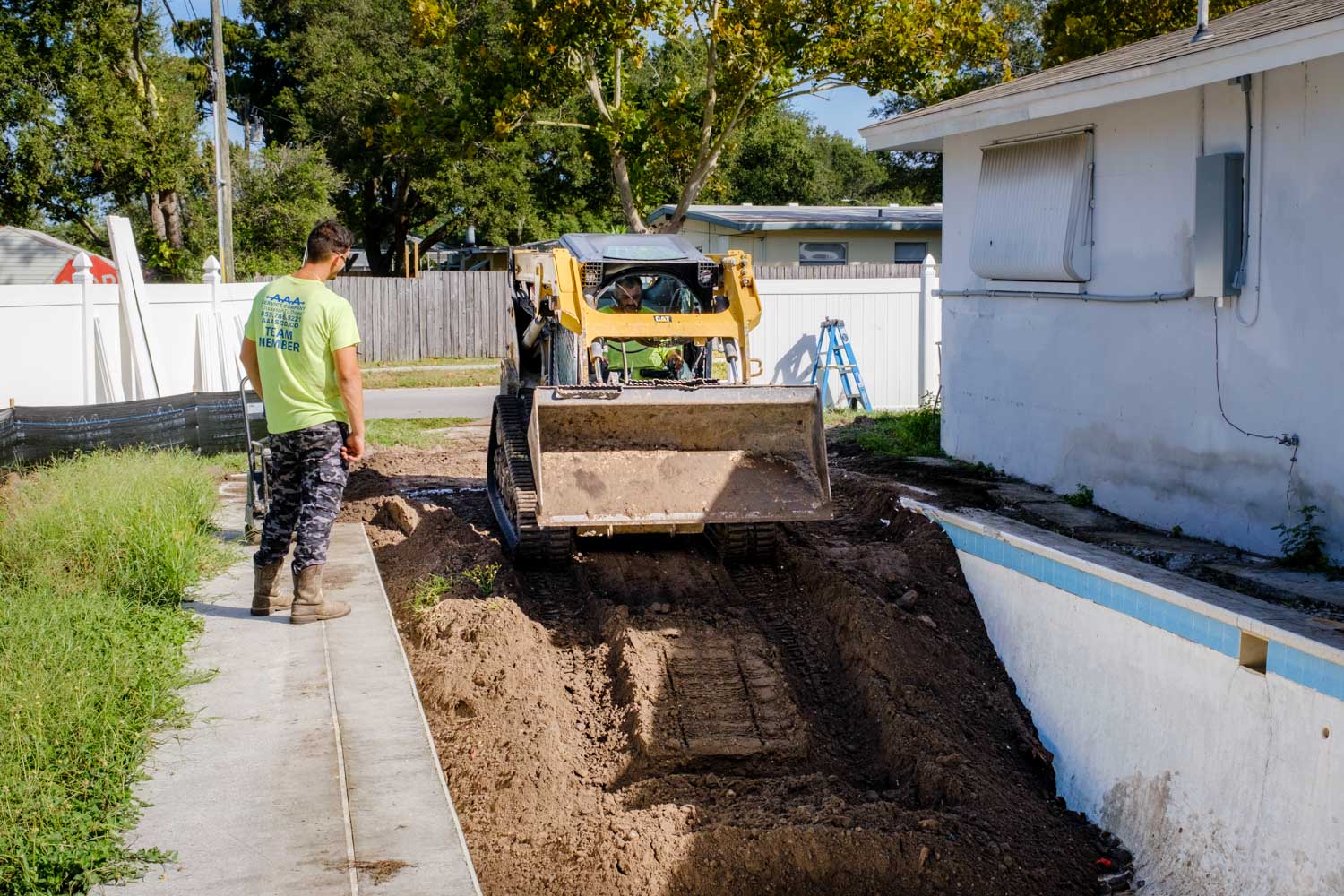 The 7 Simple Steps Of a Painless Pool Removal