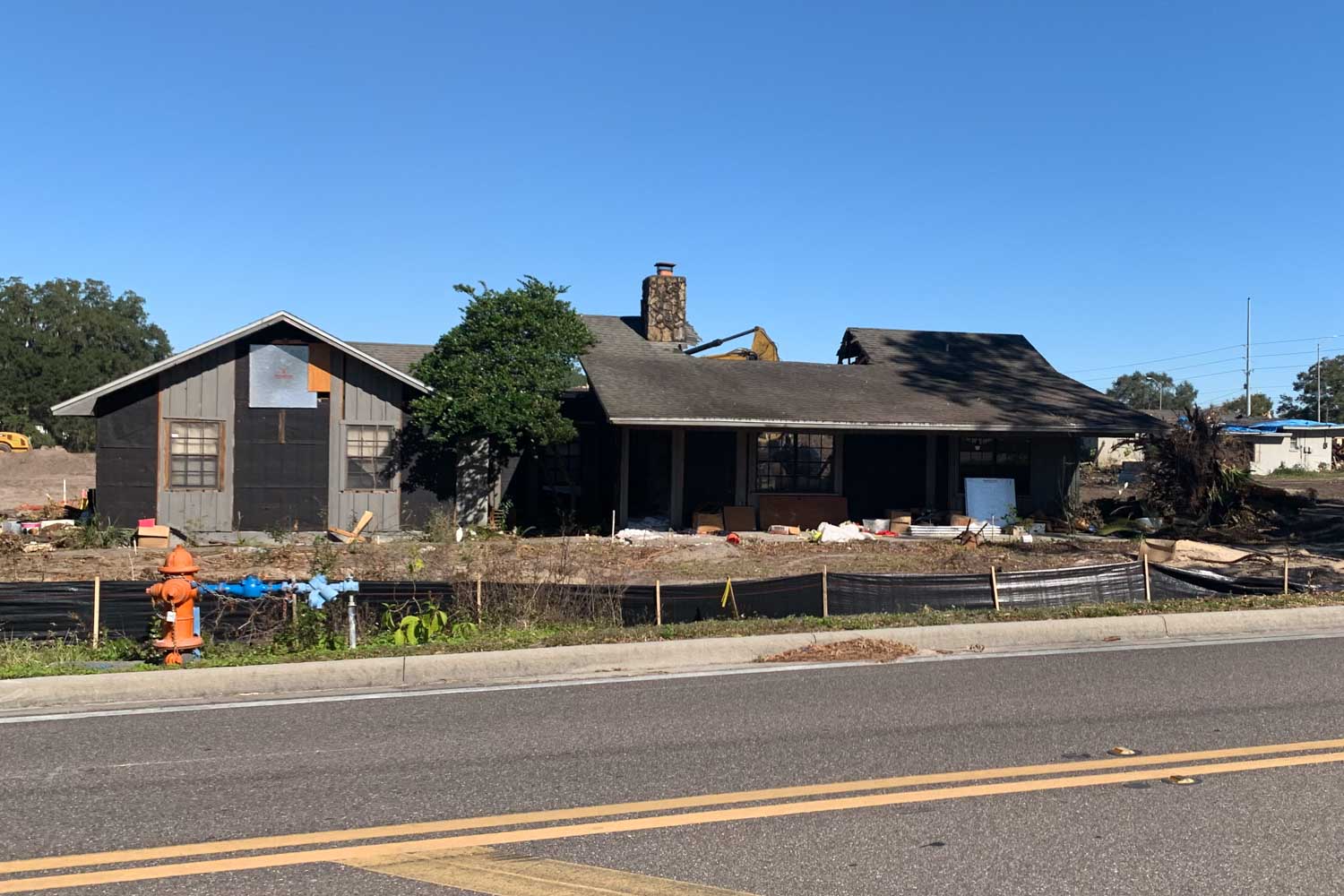 In fall of 2019, AAA Service Company was contracted to demolish a house. It’s a simple start to the story, but it gets more interesting from here. This house stood in a large plot of overgrown land that was to be developed into a Publix.

But before we could do our work, the site had to be cleared. The house in question had become more and more overgrown as time passed. Just looking at Google Streetview, you can see the treeline slowly grow over time.

We weren’t tasked with handling the site work this time, so we waited for the rest of the other contractors to clear the trees on the lot. Once there was room for us to work, we sent in our excavators and got boots on the ground to see what we were dealing with.

The home in question had been empty for some time, and it had really fallen apart. The derelict building was full of decay and grafitti, looking honestly closer to something you would see in a Fallout game than a modern residence. It was little wonder why the call had been made to go in for a full demolition.

Our demolition crew moved their big machines into position and quickly began crushing the house. First, he separated as much metal as is easily accessible for quick sorting and recycling. Then, with surprising ease, he guided the arm of his excavator through the roof of the building. Again and again, it effortlessly pounded the roof into the ground. He paused only occasionally, reaching in to grasp and rip down a stray load-bearing beam or inconvenient wall with the bucket of the excavator.

With the roof taken care of, he worked his way through the rest of the house, one wall at a time. Every so often, he would spot something worth salvaging. An air conditioning unit, a rusty stove, or a mini-fridge may not be worth much on their own, but they take only a second to retrieve and sell for a decent amount on the scrap market.

As the excavator took care of these last details, our dump-truck drivers began to pull up to the demolition site. This is the last stage of a demolition – cleanup. The excavator operator loaded the remains of the home into our trucks. When the foundation slab was clear of debris, he broke it up into manageable chunks so that we could take that away too. And just like that, the house demolition was over. Building could begin. 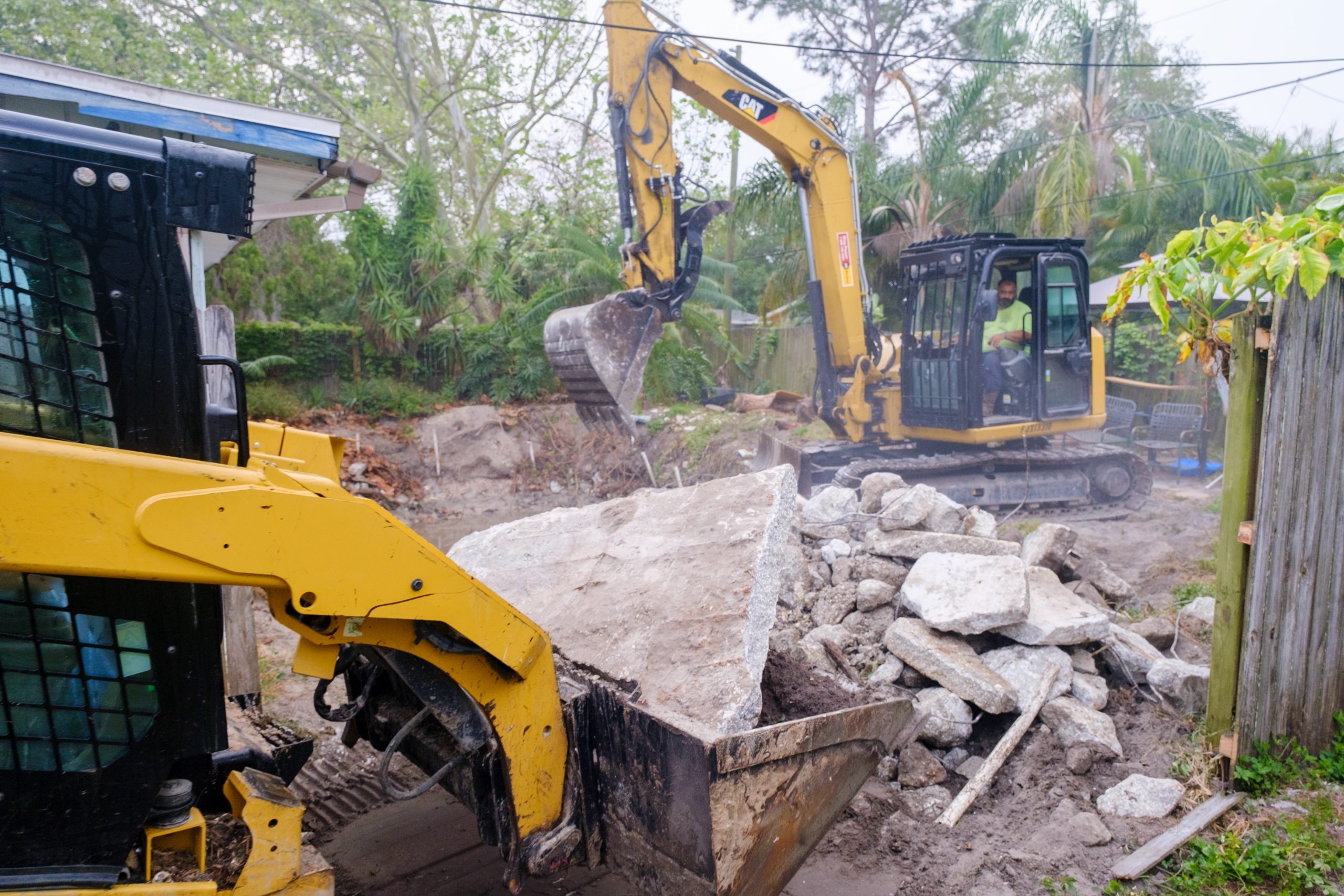 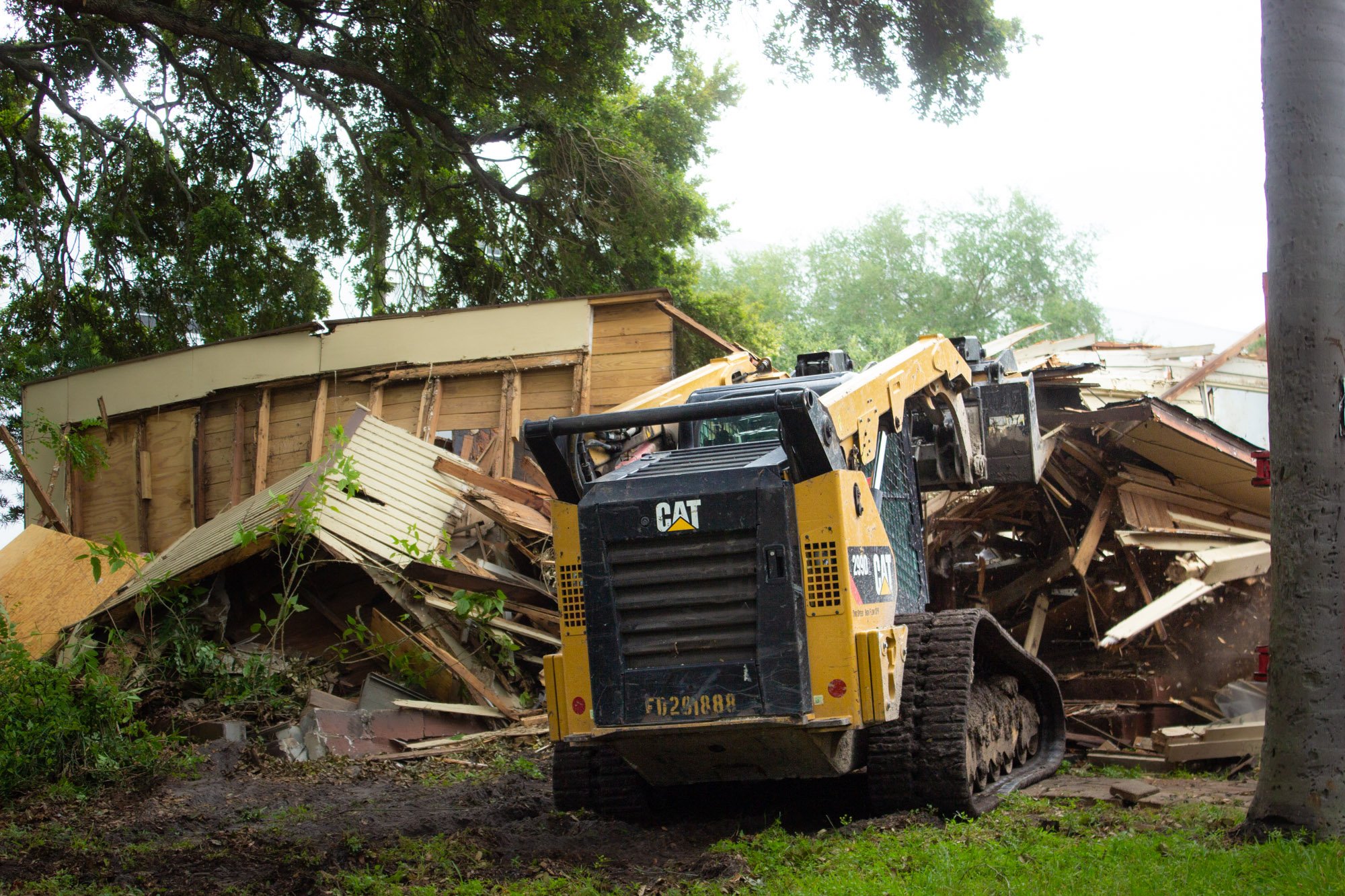 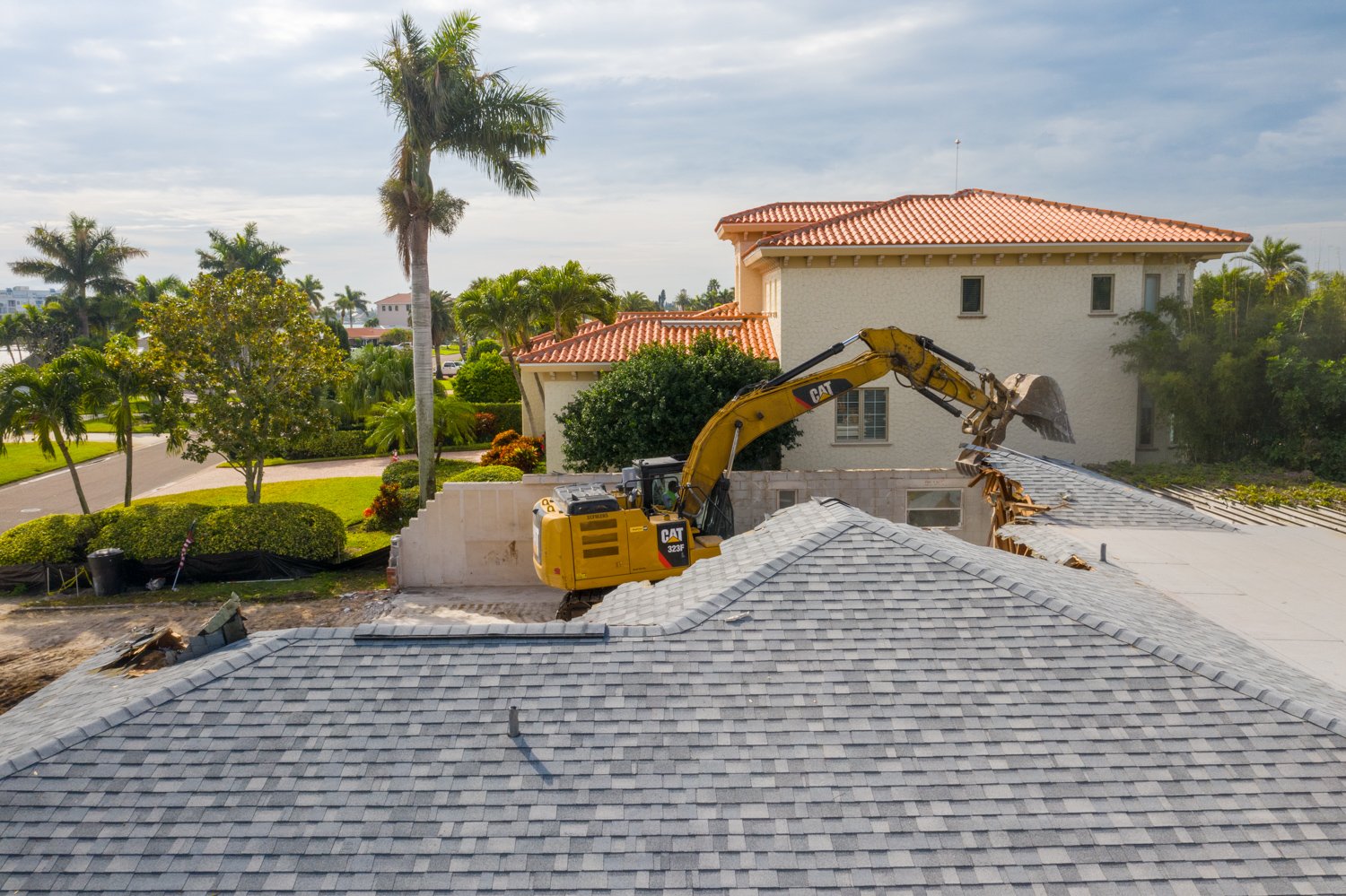